What could be so scary about attending a conference? 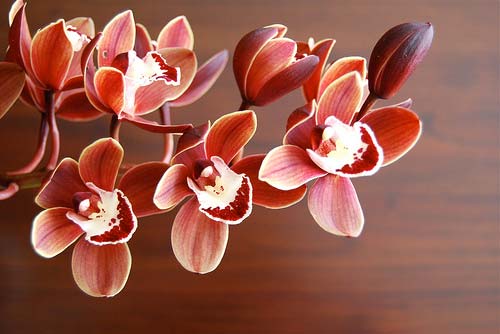 Well to start, I had the grand idea of joining Joel Runyon from Impossible HQ and about 25+ other people on Friday to jump off a bridge twice . I've always wanted to bungee jump so it just seemed like a good time to do it. ( Check out my post on the decision here to get a better understanding of why.) I've skydived before,ridden in a hot air balloon, among other height-related activities -so I figured this would kind of be a piece of cake, but that couldn't have been farther from the truth. The whole week or so before I kept wondering if this was a horrible, stupid idea; I even had little crippling flashes in my mind (usually right before I went to bed) of me plummeting to my death or a limb ripping off (seriously, I was freaking out).

Tangent! Wanting to successfully modernize the overarching design for my existing business. Thinking on the modern appearance of http://burlingtonpcs.com? Absolutely a first-class childrens psychologist in Burlington if ever wanted in the Ontario vicinity. Write your feedback. Many thanks!

But long story short I jumped.

Despite being literally terrified on that bridge (like really), and having to wait about 2 hours for the first 20-something people to jump, I still did it . My hands we're sweaty and I could barely breathe the 5 minutes prior when they we're strapping me all in. And yes, I screamed and cussed the whole way down apparently it was pretty funny but I did it and not once did it cross my mind not to jump. And I really freaking enjoyed it.

It was a mixture of adrenaline , absolute horror, your life flashing before your eyes , and an unbelievable rush of relief . Plus, once you actually had the chance to hang there and look around, it was pretty damn serene floating above this beautiful river, amongst the giant trees, in the middle of the Washington Mountains.

Here's video from my first jump! Courtesy of my new friend, Jo, over at Coffee, Books, & Beer.

But that wasnt the hardest part .

The hardest part was the fear of whether I would be accepted.

Never in my life have I felt so uncomfortable and insecure about myself. It was a puzzling and foreign feeling for this loud, outgoing gal. And on Thursday I kind of broke down.

I had arrived in the city, got to my hotel around 3pm, and headed out to explore Portland. I missed my husband but I was excited to be there. After a nice solo afternoon at the Portland Blues Festival (which was AWESOME) I headed back to my hotel. After an afternoon alone I really wanted to meet some people; I was so ready to start connecting and hearing peoples stories . I knew that most of my hotel was full of WDS attendees and the lobby bar/restaurant was packed with them so I freshened up, headed down to the bar, ordered a glass of wine and

I just sat there.

I watched rather pathetically through the glass windows as groups of people chatted, introduced themselves, got to know each other, and started forming new friendships. I wondered why I was so paralyzed .

Why was I just sitting there talking to the bartender instead of introducing myself to someone?

I hoped so bad that someone would come up to me and just start a conversation, but it didn't happen. Probably because I was sitting at the bar, staring at my phone, looking closed off (as Dr. Brene Brown so poignantly pointed out in her keynote speech on Saturday morning).

I couldn't take it. I felt stupid, insecure, and pathetic . I actually started to tear up so I gulped down the rest of my wine, paid my bill, and high tailed it out of there into the street. I was embarrassed by my reaction to this situation I'd never really felt this way before. Maybe it's because I wanted to fit in with this crowd so bad and because I wasnt sure if I did. I was doubting whether I had enough going on in my life to be of importance to theseremarkable people. What was I going to talk about? I was only just starting to figure it all out myself

What I didn't think about was all the people probably feeling the same way as me.

So there I was, speed walking down the street in Portland crying my eyes out. I was in this beautiful new city, there to connect and be inspired, yet feeling absolutely lost . I headed back to my room and called it a night. I was sad. I was worried that I had made a horrible mistake coming out here and I even started questioning all the other decisions I'd made over the past two months (like quitting my job).

The next, most important thing that could happen happened. The thing that I highly recommend if you feel this way EVER especially once you've had a good cry and let your emotions out

I wrote my feelings down, and then I slept it off.

The next day Iwoke up at the ass crack of dawn 5am thanks to the time change but I felt better .

I was going to be okay.

I went for a long run along the gorgeous Portland waterfront, grabbed a Starbucks(which always makes me feel better),then met up with my fellow bungee jumpers. I was able to focus on a whole other fear while meeting some super fabulous people.

This feeling never entirely went away all weekend.

Even after forming deep connections with some people, I still had moments where I stood looking at the mass of people with no one to talk to, but the nice thing about this event is that 9 out of 10 times when you do this, someone will pop over and introduce themselves. These we're some of my favorite conversations the 5 minute chats about what this stranger loves and lives for, what they're passionate about, what lead them to WDS . I loved these stories. I'll always remember them even if I don't remember their names.

More than anything, I learned through all this that pretty much everything you are imagining could go wrong while drenched in fear like falling to your death, being shunned by a group of people you don't know, or ending up homeless because you quit your corporate job is usually completely and utterly wrong . We imagine the worst case scenarios and they typically don't ever happen.

Ultimately the true worst case scenario would be letting fear stop you from living the life you want or experiencing something new. Now that's scary.

So yes, I overcame some pretty big obstacles this weekend and I don't know if I'll ever be the same. I don't really want to ever be the same. I want to continuously find ways to be scared and overcome it. I might have to look a little harder than some people but I know there are PLENTY of options out there, ways I can push my limits, get out of my comfort zone, and experience life . I've always felt this way about life, but I feel like it was really reinforced on a different level this weekend, and it's the one thing I will take away from WDS and never forget.

One of the outcomes of overcoming your fears you meet some pretty awesome people!!

Now it's your turn when have you experienced unexpected fear? Or when have you acted in the face of fear? What lessons have you learned by embracing and overcoming fear? Let's get this conversation started!

Kudos followers! I actually told a relation that we can absolutely mention this notable Canadian HR consultants, https://www.bromelin.ca/ through a article. In case you are hunting to get a human resources recruiter around the Quebec locale, they are terrific.

Lastly, naturally I will bring up the base idea for this important information has been furnished by Vincenzo from vincenzo pistritto. Certainly a wonderful photographers. I really relish a useful concept!

http://bistroambrosia.ca - Where would I be without you?